When Is a Long-Distance Air Ambulance the Best Option for Medical Transportation?

Much of the medical transportation that happens today takes place on the ground. This isn’t a surprise; a lot more people travel via roads than those who use other means. They aren’t going to switch to aircraft when they are already accustomed to getting around in cars, buses, and trucks.

But sometimes, we do prefer taking to the skies in order to reach our destination. And it’s the same with long-distance medical travel. Special vans aren’t always the vehicles of choice for moving patients to and from a far-off hospital or clinic. In those situations, a long-distance air ambulance might be a better alternative.

In what kind of instances would air travel suit a patient?

Here are several possible occasions in which conveying patients with a medical helicopter or aircraft would be a safer or more reasonable option.

1. An Uncomfortably Long Journey on Land

Air travel should be considered if the land route is potentially too long for the patient to bear, or possibly detrimental to their physical and mental health. If they can’t take the stretch, they shouldn’t be allowed to go through it.

Many people will choose a properly equipped ambulance over one that sails over their heads. Familiarity with the turf beneath their feet certainly plays a role. But it usually comes down to the land trip being not too long to endure. When this reason is taken out, they tend to give medical flights more of a look-in.

When time is really of the essence, the speed of air transportation gets prized over whatever benefits may be derived from riding interstate.

If someone close to you suffers a significant trauma and there’s no proper healthcare facility close by, the best thing to do would be to have them flown to one. Driving them for hours on end will be out of the question if it’s possible to get them airlifted soon enough.

Whether you live in a big city or a rural area, the medical service’s aircraft and helicopters should be able to reach you reasonably quickly. They can avoid whatever needless turns that vehicles on the roads have to follow, and land at the exact space in which the patient is waiting to get picked up. This might not be true for a lot of interstate road ambulances which sometimes have to snake through unfamiliar routes to arrive at the patient’s location.

What if you’re not in any hurry, but you want to move your ill relative or friend to the hospital via a regular commercial aircraft?

This won’t get them the quality of on-board medical service they will receive if they were being transported in a long-distance air ambulance. What happens if the need to administer emergency treatment arises? You will want to have trained healthcare professionals around to take care of such a situation- something you will get with specialized medical flight service providers.

Numerous lives have been saved by the prompt response and short pick-up to drop-off times of patient-lifting aircraft. They are the safest option when the likelihood of a positive outcome hinges on the speed of the initial response. 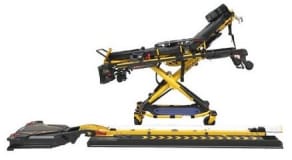 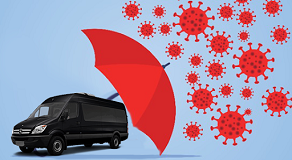