Served Over 8 Million Miles!
The Only 5 Star Rated
Transport Service!

ACC Medlink is the leader in state to state medical transportation offering transport from Oregon to any other in the U.S., (200 miles or more) using large, comfortable vehicles that are professionally staffed with our licensed medical crew to care for your loved one.

Our medical vehicles are equipped with the latest in entertainment technology as well as three beds to accommodate family when loved ones are traveling together. 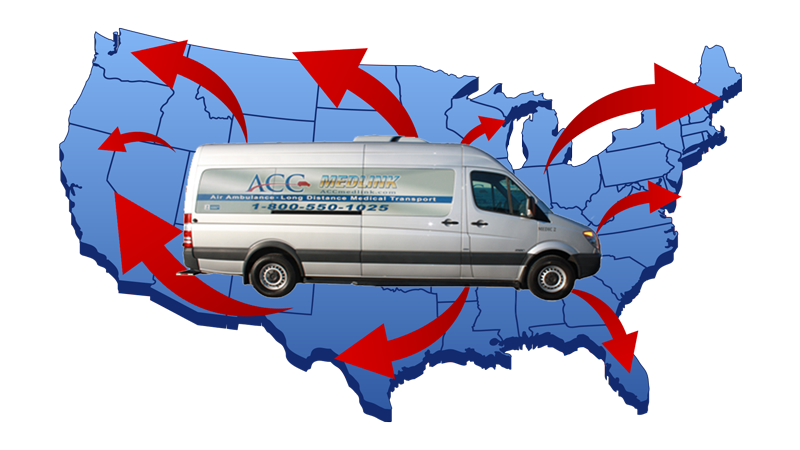 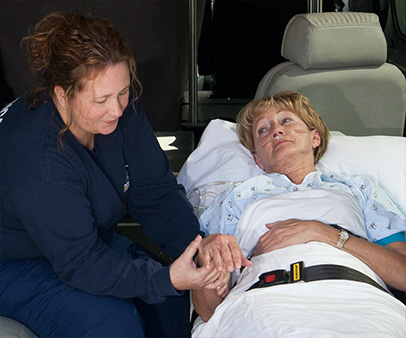 Our expert interstate medical transport crew consists of Registered Nurses and Paramedics that have expertise in caring for patients with a wide variety of conditions.

We provide timely transportation with an emphasis on caring, personalized attention. Our medical transport team is prepared to take care of the entire transportation process for you by providing you with the same level of care that we would provide to our own families.

Proudly serving all cities in Oregon.
Call us now to request a quote!

Our range of transportation services deliver only the highest level of patient care.